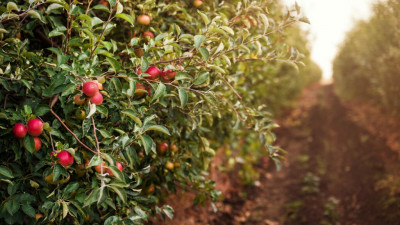 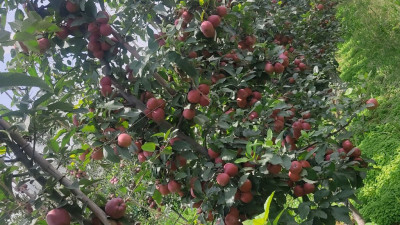 Imtiyaz Ahmad stared with utter grief at his apple orchard, which had just been devastated by the unseasonal snowfall that occurred in Kashmir on 22-23 October last year. The trees had crumbled under the weight of snow along with the apples that were just days away from being harvested.

The onset of early snowfall can be perilous for this Himalayan region of apple growers with trees yet to shed leaves and apples still unplucked. The trend of unseasonal snow is now becoming a regular occurrence in Kashmir, with the experts blaming the weather disturbances on climate change.

Ahmad’s orchard is situated in the suburbs of district Pulwama in South Kashmir, known for producing high-quality apple varieties along with its nearby town of Shopian. More than 30 per cent of the orchards were destroyed in the October snowfall in 2021, while the previous years of 2020 and 2019 had been even harsh for the apple growers.

“My family gave its blood and sweat to these apple trees. Everything is gone in one day. Nothing can compensate this,” Ahmad laments.

Farmers across South Kashmir watched in dismay as heavy snow buried apple trees in thousands of acres of orchards. With fruits strewn on the ground, trees could be seen torn asunder by the weight of the snow.

Kashmir’s economy, majorly dependent on agriculture, suffered a huge blow in recent years. The farmers started looking for alternative means of generating income. Therefore, the experts worry that the extremely popular ‘Delicious’ variety of apples may be unsustainable in the valley, with erratic and unpredictable weather events becoming a norm. Kashmir in India is best known for the quality of apples it produces, which are exported around the world every year.

With exports exceeding 20 lakh metric tons each year, the apple economy is estimated to be worth over a billion dollars, including the employment it generates. Kashmir produces 75% of the total apple production in India. The erratic weather events of the last few years have severely impacted the production of traditional variety fruit in the valley.