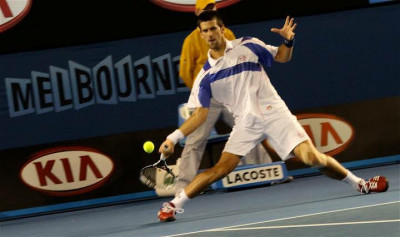 Tennis star and defending champion of Australian Open Novak Djokovic has flown out of Australia after losing a court ruling on his visa to play in the tournament. For almost a week, the tennis star was hogging the global headlines soon after landing in Australia, hoping to defend his title.

But the whole thing was not without its share of drama, with the Australian government first saying that it would not grant a visa and the lower court overruling the government. It didn’t stop at that after the Australian government again withdrew the visa for Djokovic’s stance on covid vaccination and his ambiguous reasoning for seeking exemption from vaccine mandate to appear in the Open. The tennis star again challenged the Australian government, and he had no other option but to leave the country after a court ruled against him. (https://www.bbc.com/news/59939122)

Critics have blamed both the Australian government and the tennis star for the drama, the confusion and the embarrassment.

Many people within Australia, including the political opposition, are blaming the Scott Morrison government for how it handled Djokovic’s visa at border security. With the general elections looming, the Australian government didn’t want to anger the public who had made sacrifices because of strict Covid-19 lockdown rules. Tennis Australia and the Victorian state government, responsible for holding the tournament, are also being blamed for inviting Djokovic without fully explaining or understanding the new rules for anybody entering the country. (https://www.afr.com/politics/federal/no-winners-in-djokovic-court-loss-20220116-p59okh)

Djokovic has been blamed for not getting vaccinated despite knowing that most countries with vaccine mandates would reject his urge to play in. And despite being the World No.1, he is not setting an example for others. Moreover he tried to claim eligibility for exemption from compulsory vaccination to appear in the tournament by claiming that he had tested positive for the coronavirus on Dec. 16. Many are even questioning the genuineness of him being tested positive as the certificate was obtained in native Serbia where he is a national hero. (https://www.washingtonpost.com/opinions/2022/01/14/if-novak-djokovic-cant-play-australian-open-he-has-no-one-himself-blame/)

What Nadal thinks about the whole affair:
https://edition.cnn.com/2022/01/15/australia/nadal-djokovic-tennis-australia-open-intl-hnk/index.html