‘House of Secrets: The Burari Deaths’ review: Darkness and some light in Netflix docuseries. 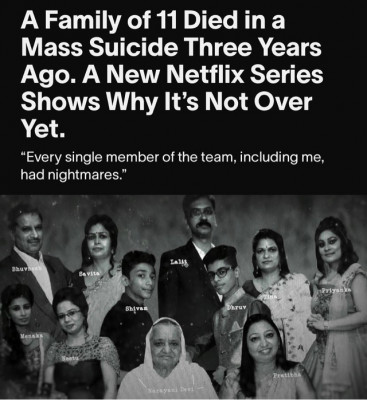 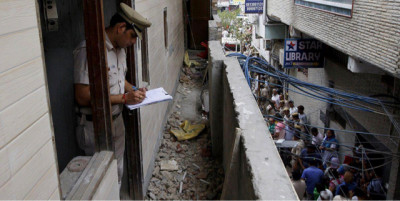 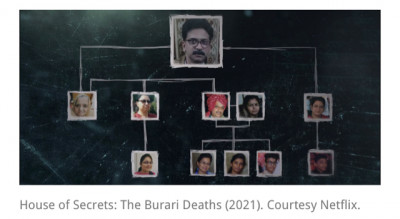 Omg! This series would be so interesting to watch because I distinctly remember the shock I had when I heard the news about this family.

Leena Yadav’s mini-series revisits the deaths of 11 members of a family in Delhi in 2018.

In House of Secrets: The Burari Deaths, the certitude that is sought by the true crime documentary meets a belief in fatalism and predestination. Add ignorance, wilful or otherwise, to the mix and you have a show that lives up to its title.

The engrossing Netflix mini-series revisits the deaths of 11 members of a joint family in Northeast Delhi on July 1, 2018. The Chundawats – a widowed matriarch, her daughter and two of her sons and their families – were found dead in what was later ruled to be a mass suicide. Ten of the family members were hanging, bound and gagged, in a circular formation from a mesh that separated the ground floor from the floor above. The eldest member, the grandmother, was found strangulated in another room.

The only survivor was the pet dog, Tommy, who was tied up on the terrace. Had Tommy been let loose, he might have prevented the deaths, declares an animal rescue worker who took charge of the hapless animal.

What Tommy saw will never be known (and props to the series makers for checking up on him). But what is known is macabre enough to merit a feature-length documentary on an extensively reported incident.

Several media stories on the Burari deaths offer an explanation that is at the intersection of mental illness and superstition. The series, directed by Leena Yadav and co-directed by Anubhav Chopra, goes further down the rabbit hole. Over three episodes and roughly 135 minutes, House of Secrets: The Burari Deaths reopens the case file with the help of police investigators and journalists.