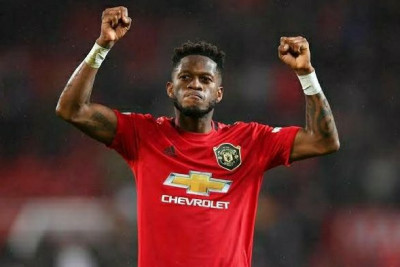 Under Ole Gunnar Solskjaer, Fred was constantly deployed as one half of a Double Pivot along with Scott McTominay. This duo gradually became one of the first-choice CM partnerships, sidelining the likes of Paul Pogba, Nemanja Matic, Ander Herrera to the sidelines. In the 2019-20 and 2020-21 seasons after the arrival of Bruno Fernandes, United’s win percentage soared when ‘McFred’ started games together. They formed a cohesive partnership, complementing each other wonderfully.

Come the 2021-22 season, Ole’s sacking resulted in former United midfielder Michael Carrick being appointed Interim manager. He brought in a tactical change and Fred was asked to play in a slightly different role. Fred, the beast was unleashed!

Over a period of three crucial games, Fred has finally started to show everyone what United saw in him and why they snatched him right under Pep & City’s noses. He has been asked to press opponents higher up the pitch, win the ball and look for the strikers immediately within a matter of seconds. And hasn’t he done that to perfection!

During Carrick’s first game in charge, he won the ball from Villareal’s bundling midfield twice which directly led to both goals, thereby securing qualification and Top spot in the group. In the second game against Chelsea, he won the aerial duel in United’s box and the resulting long clearance led to Sancho’s goal. In all fairness, he should have made the win secure when he had a golden opportunity to score the winning goal after Mendy’s terrible mistake, but he fluffed it. In the Arsenal game, he had quite an eventful but terrible first 30 minutes. His unfortunate incident with De Gea led to Arsenal’s first goal. His passing was erratic, losing the ball multiple times. But he recovered well, assisting the first goal by entering Arsenal’s box late in the first half. In the second half, he won the penalty for the winning goal after another similar run into the penalty box. He has definitely turned a corner.

Now under the leadership of Ralf Rangnick, Fred can grow into this role as a tenacious, Ball-winning, ‘Gegenpressing’ midfielder.