Florida man’s Lamborghini gets stolen: Chases thief on a scooter 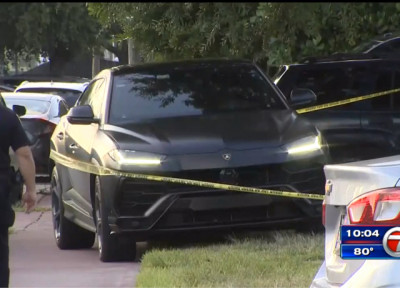 Just another day in Florida 😂😂

You know how it is

You just know it’s gonna be something interesting when you hear the words ‘Florida man’ and that’s exactly what happened here.

Chris Sander was in his Miami Beach house when he heard his Lamborghini Urus’ engine fire up. He saw the car pulling away from the window and hopped onto his scooter to chase the thief.

One would not expect a scooter to catch a Lamborghini but after a chase which lasted a few blocks, Sander saw the $200,000 machine parked on a sidewalk with the thief still in it. He approached the car only to find out that the thief was a 14 year old teenager.

The thief, Andre Kalinine said, ‘I stole a Lamborghini just now. I don’t have a license. I can’t drive,’” Sander continued. “I didn’t know if he had a weapon. I wasn’t sure how crazy he was. I was trying to talk and calm him down. He asked me for advice. He’s like, ‘I’m 14. I don’t know what to do.’ You’re better off turning yourself in. They’re going to go much, much easier on you,” Chris Sander told WSVN.

Just another day in Florida, huh?