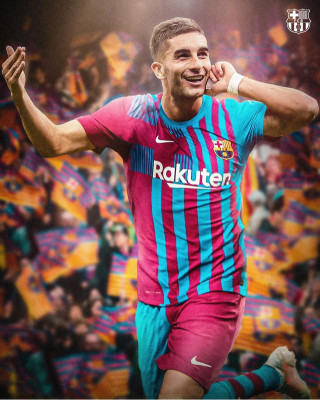 Barcelona has signed Ferran Torres from Manchester City on a five-year deal. Barcelona will pay £46.7m upfront with further £8.5m coming in add-ons. They have signed him for a 5-year deal until 2027 and have kept a release clause of €1billion.


Ferran Torres moved from Valencia to Manchester City in August 2020. He is an exceptional player with some good stats in Manchester City. The 21-year-old player has a primary position of a right-winger. The other positions are Centre Forward and Left Winger.


Ferran Torres only started 4 Premier League games this season . He scored 2 goals this season. Ferran Torres has scored 16 goals for Manchester City since joining. The 16 goals came just in 43 games that he has played.


Ferran Torres is the player among Manchester CIty who has featured for at least 1000 minutes across all competitions. Since the last start of last season, Ferran Torres has had the highest goals per 90 minutes return. 0.55 is the exact number.


Ferran Torres has been a crucial part of the Spain International teams. He was in the squad for the Euro 2020 and UEFA Nations League. Since Debuting in August of 2020, Ferran Torres has scored 12 goals in just 22 matches.


Ferran Torres is back in Spain after almost 18 months. He is really keen to play under Xavi who is building Barcelona from the start. He will be present on January 3 to the fans.

Due to the foot injury he suffered in October, his debut will be slightly late. It is a ray of hope for Barcelona fans as they are struggling to score. With a player like Ferran Torres in the squad, Barcelona will get the help they need in the front.