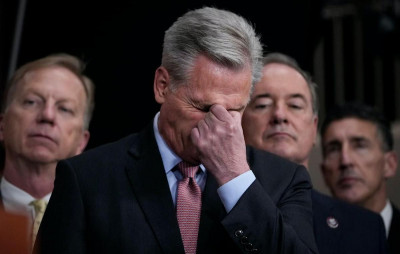 An attempt to force five Republican lawmakers into providing information to the House panel probing the Jan. 6 attack on the Capitol is unlikely to end with the subpoenas issued May 12, 2022.

House Minority Leader Kevin McCarthy and the four other Republican holdouts have yet to say if they will comply with, defy or challenge the order. But the question of whether a committee can subpoena a sitting member of Congress is almost certain to be headed to the courts. If it does, Congress’ authority will be determined in part by a little-known provision of the U.S. Constitution called the “speech or debate” clause.

This clause protects legislators and their staff from liability for doing things like giving floor speeches, voting on legislation, and conducting investigations.

It would not be the first time that this provision of the Constitution has been invoked during a congressional inquiry. In fact, the clause has played a central role in determining the boundaries of Congress’ constitutional authority in the separation of powers system.

During the 16th and 17th centuries, the British monarchy often used the threat of criminal prosecution to intimidate legislators and prevent them from acting against the crown. King James II, for example, ordered the prosecution of the speaker of the House of Commons for publicizing alleged plots between James II and the King of France to reinstate Catholicism as England’s official religion. Concerns over the king’s actions led Parliament to place a clause in the English Bill of Rights that prevented prosecution for legislative acts.

With this history in mind, the drafters of the U.S. Constitution wanted to adopt similar language to make sure Congress was independent and could operate without threats from the president.