Elvis is rocking the box office! 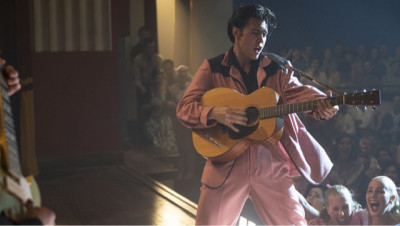 As per Hollywood Reporter, after dominating Friday's chart with $12.7 million, including $3.5 million in previews, Baz Luhrmann's biopic Elvis, starring Austin Butler as the King of Rock 'n' Roll, is dancing to a better-than-expected $30 million to $32 million debut at the US box office.

That might be enough to beat out Top Gun: Maverick, which is doing excellent business in its fifth weekend thanks to its rerelease in Imax and other premium theatres, and win the weekend.

Elvis, from Warner Bros., has older moviegoers to thank: 65 percent of the audience so far is over the age of 35, including a whopping 30 percent over 55. Naturally, Luhrmann’s frenetic Elvis Presley biopic performed best in the South. Audiences bestowed it with an A- CinemaScore, compared to a 79 percent critics’ score on Rotten Tomatoes.

Heading into the weekend, tracking suggested Elvis would open in the $25 million range, considering that adult dramas are a challenged genre in the pandemic era. Also, the marquee is the most crowded it has been since COVID-19 struck between holdovers such as Top Gun 2, Jurassic World Dominion, Lightyear and new horror entry The Black Phone.

If numbers hold, this will be the first weekend of the pandemic era when four movies gross north of $20 million (and it could be five if Lightyear gets to that mark).