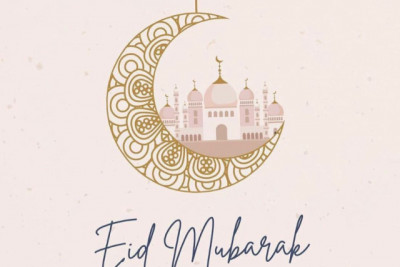 Eid ul-Adha, the festival of Sacrifice in Islam, is being celebrated today in Indian sun continent. The festival of Eid ul-Adha honours the willingness of Abraham to sacrifice his son Ishmael as an act of obedience to God's command. God however accepted him will to sacrifice rather than a human sacrifice and send him a Ram to be sacrificed in place of his son.
As per the Islamic lunar calendar, the festival of Eid ul-Adha falls on the 10th day of Dhu al-Hijjah, and lasts for four days. Muslims gather for annual Hajj in Mecca to commemorate the day.
This year only a few thousand pilgrims offered the Hajj instead of the congregation of atleast 50 lakh people.
Saudi regime did not allow pilgrims from any other country to enter the Kingdom due to the fear of spread of Corona virus. It’s second consecutive year, Hajj pilgrimage has not been allowed .