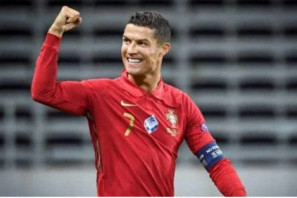 When it comes to soccer Cristiano Ronaldo is truly a legend. As long as he’s around, he’ll be up near the top of the list. Ronaldo has contributed to half of all of Juventus’ goals this season with 28 goals and 6 assists in the 28 games he’s played in the league and a total of 39 goal contributions in all competitions. Having won the Champions League with both of his former clubs, Ronaldo will want to complete his personal treble this season when the tournament restarts in August.