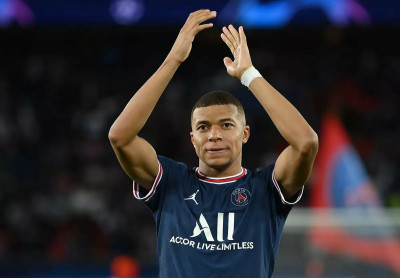 Real Madrid face off against PSG in the round of 16 of the UEFA Champions League in February. It’s going to be a really interesting game that could go both ways. I think Real Madrid might have a slight edge over PSG considering the fact that they’re a better team, whereas PSG have individuals that, on paper, are arguably better than some of Madrid’s players.

What makes it fun or interesting for PSG is knowing that every single one of the players in their frontline has the talent and skill to turn the game in PSG’s favor. Whether that actually works out for them is a different discussion. However, there should be alarming signs in and around the PSG head offices. Kylian Mbappe, who has easily been their best player this season, has suffered an injury that could keep him out for a few weeks, at the very least.

We don’t know whether it’s just a strain or something much more serious, but adductor injuries generally take a few weeks to completely heal. Since Real Madrid play PSG on February 14, it looks like Mbappe may miss the first leg of the tie.

That would be a real blow to PSG’s chances of going through to the quarter-finals of the Champions League. Neymar Jr and Lionel Messi have struggled with injury problems and form. Mbappe has dragged the team towards the finish line so many times already this season, and he has become their main man even with Neymar Jr and Messi around him.

It’s astonishing how he’s taken this much responsibility at that age, and PSG will sorely miss that if he doesn’t feature against Real.

As for Los Blancos, it’s obviously good news. They can try to make the best out of this situation and win by as many goals as possible in the first leg. It’ll give them a much-needed cushion before the second leg at home.