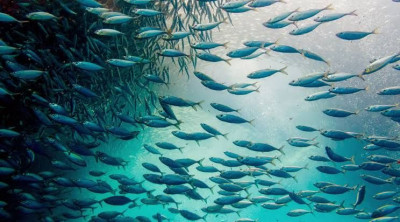 Climate change's effects on the ocean environment, particularly ocean warming, acidity, and sea level rise, has a significant influence on fish stocks and fishermen. Changes in the productivity and distribution of fish populations, human movement to and away from coastal areas, stresses on coastal fisheries infrastructure, and challenges to existing maritime boundaries are all possible consequences.

Shrimps, oysters, and corals, for example, find it more difficult to construct their shells as the ocean temperature rises and the acidity rises, a process known as calcification. Calcium shells are found in many important species, such as zooplankton, which forms the base of the marine food chain. The entire marine food web is being disrupted, which might lead to ‘food chain cracks.' As a result, worldwide fish output is shifting in terms of distribution, productivity, and species composition, resulting in complex and interconnected affects on seas, estuaries, and sea grass beds, which offer habitat and nursery regions for fish.

How will it impact agriculture?