Can ‘taking the JUMP’, changing six habits, save the planet? 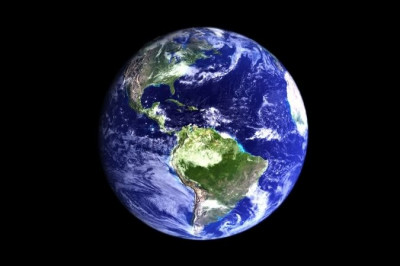 Choices have to be made by each of us ..

Several scientific reports have warned of a climate apocalypse. Now they are even running out of superlative exclaimers: ‘Code Red for Humanity!’, ‘Atlas of Human Suffering!’. But, for a variety of reasons, world leaders have not been able to do the needful, as the failure of COP26 last year showed once again. That can be frustrating for individuals who believe the environmental doomsday is round the corner. They can try to be eco-friendly in personal life. For them, a movement has begun in the UK, promising maximum impact by making only six changes in their life. Can it make a difference?

The six shifts recommended here are:

*Keep products for at least 7 years
*If you can, no personal vehicles
*A plant-based diet, no waste
*Three new items of clothing a year
*One flight every three years
*At least one life shift to nudge the system

These were selected on the basis of scientific research: https://c40-production-images.s3.amazonaws.com/other_uploads/images/2270_C40_CBE_MainReport_250719.original.pdf?1564075036 This paper shows which are the most important changes necessary to prevent ecological collapse. The group believes everyone will be forced anyway to make these changes in the decades to come. So why not start early?

Firstly, what about people from less developed countries? For this vast majority, one flight in three years is beyond their dreams. Using wooden sticks to cook meals is a forced choice for them. How can they lead an ecologically responsible life? The answer could be: At least people in the advanced nations can make a beginning, and it is their responsibility to make the beginning. This beginning may even help the poor majority access the resources, consume more.

Secondly, a large portion of climate change is due to factors beyond an individual’s control. What can one do if China or India insists on fighting poverty by using coal to produce energy? Yes, policy-level changes are more necessary, but in the absence of an ecological consciousness from below, leaders feel no pressure to take those difficult decisions. A simple six-change movement can compel a rethink at higher levels.