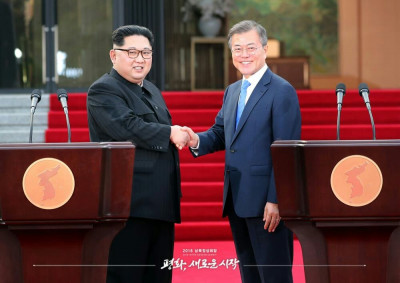 South Korean President Moon Jae-in has been pushing for an official declaration to the end of the Korean war ever since he took office in 2017. The politician, lawyer and former senior secretary and chief of staff to former South Korean President Roh Moo-hyun, has been earnestly trying to bring about peace between the two Koreas for years. Now he has pledged a final push for a diplomatic breakthrough by the end of his term in office in May 2022.

In his final New Year’s address, he reiterated his determination for an official declaration of formally ending the 1950-53 Korean War, but his North Korean counterpart Kim Jong Un has almost ignored his call for peace. On the contrary, the North tested two missiles—including one hypersonic missile—to increase regional tension.

The Korean War happened between 1950 and 1953, with the end of hostilities between the two nations through an Armistice Agreement in July 1953, not a peace treaty. So technically the North and South are still at war.

Moon had taken several initiatives—including a series of talks and attempted negotiations in 2018 and 2019—but these efforts failed due to international demands by the US that the North dismantle its nuclear weapon programs and North Korea’s appeal to US and South Korea to ease economic sanctions and withdraw all “hostile policies.” Last September, in his address to United Nations General Assembly urged to revive the peace process by urging US and China – both countries involved in Korean War—to formally declare the end of the conflict.

He had expected that in the Beijing Winter Olympics, where all major countries involved in the conflict were supposed to congregate, he can bring about the proclamation to end the war through diplomacy and talks. But diplomatic boycott of the Olympics by many countries and North Korea’s decision to not participate at the event at all has jeopardized his dream.