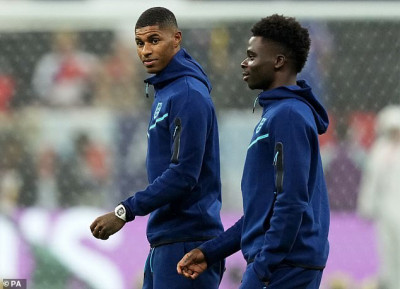 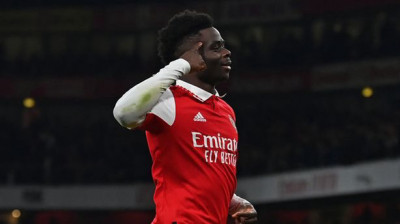 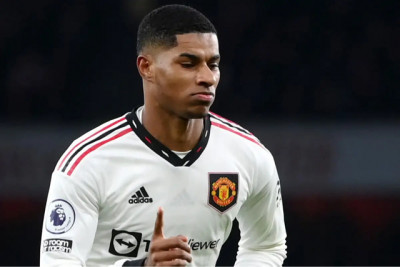 Nothing symbolises this match-up between two English heavyweights more than two talents at the peak of their powers going toe to toe for 90 minutes.

It was Bukayo Saka who gained bragging rights over his compatriot Marcus Rashford on Sunday when the two in-form players battled it out in front of a roaring North London crowd.

A spruced-up Luke Shaw was no match for the young gun Saka, and his mimic of Rashford’s signature celebration showcased growing confidence.

League-topping Arsenal continues their prowess in the league and has become a formidable force under Mikel Arteta, with their latest outing a testament to the Spaniard.

Long gone are the days of pre-match tunnel bust-ups. Now we live to see the see-sawing competition between the two outfits with these two, brimming with confidence, reigniting the flame. Think Keane and Vieira minus the hostility.

In fairness, Rashford was Manchester United’s singular hope for the course of the game, often finding himself scrambling through his bag of ideas as Arsenal dismantled their every approach.

A fresh face in Manchester, Erik ten Hag’s methods are to be fine-tuned to compete against the very best. A collective identity has yet to be grasped, though the Dutchman’s time at the club has shown untimely stabilization in many aspects.

Neither has endured peaceful rides to stardom, with both suffering international heartbreak and unjust scrutiny, but their performances of late will portray their characters and talent in a very bright light.

While Rashford is four years Saka’s senior, both have shown immense levels of maturity during their careers, which makes it easy to see why they are fan favourites of their respective clubs.

The English duo is at the forefront of this rivalry, and both have the world at their feet. Their displays this campaign are just the tip of the iceberg of what this fixture could unleash.

Just when we thought the aggressive yet enticing chapter between both clubs had diminished, these two wonderful young footballers rose from the depths, showing it is yet to finish.