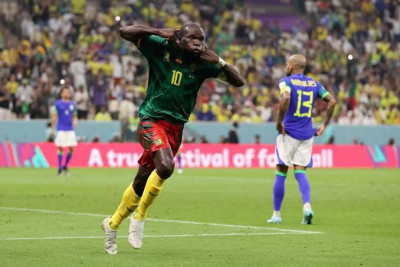 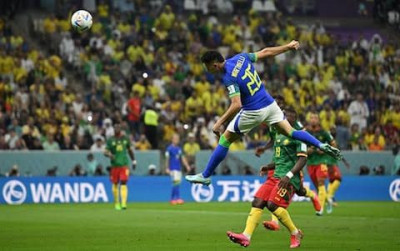 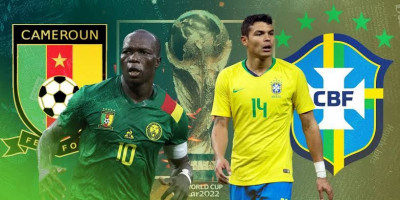 Cameroon becomes the first african nation to beat Brazil in a world cup, but going home

Marquinhos missing from close, after Martinelli in the previous minute. Missing chances.

Sent off with second yellow.

90' Martinelli cross blocked for a corner.

80' Consecutive corners for Cameroon. Aboubakar commits a foul on Martinelli who was flying with ball on counter. Yellow card shown, Free kick.

Antony is off for Raphinha.

72' Quick passing between Pedro, Guimaraes, Antony, inside the Cameroon box by Brazil, but missing a finishing shot

50' Aboubakar shot wasn't far, after a patient build up and possession.

45+2' Finally, a shot comes to Brazil goal, Edersen forced to make a save.

45+1' Martinelli runs and shoots. Touched out for another corner, Rodrygo's shot goes out. 4 minutes added.

20' Tolo sends a cross for Aboubakar in the centre, but Ederson dives across to push away the ball.

14' Great chance for Martinelli, cross was so good but his header was pushed out for corner. Denied a sure goal.

2' Antony Sprints and sends a low cross, but couldn't connect for a goal.

FACTS : Dani Alves becomes the oldest player for Brazil to play in a world cup (39 years and 210 days)