Brazil’s Lula welcomed in Europe: Will he unseat Bolsonaro? 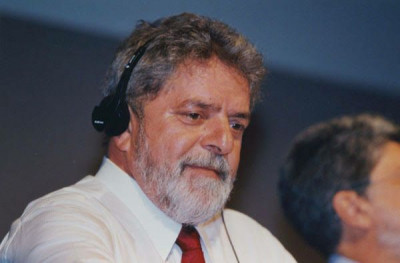 It was a welcome fit for a president. Republican Guards at the Élysée Palace in Paris, France. A standing ovation at the European parliament. A big interview in Spain’s top newspaper in which the visiting dignitary was hailed as a “cyclone” of energy. The visitor was not a president-- Luiz Inácio Lula da Silva stepped down as Brazil’s leader in 2010, with an approval rating of almost 90%.

Lula is now the leading candidate to unseat Brazil’s incumbent president, the right-wing populist Jair Bolsonaro, and was in Europe as part of a global effort to restore his reputation – and that of his country – after a torrid few years for both. Lula, who concluded a week-long tour of Belgium, France, Germany and Spain, is expected to challenge, and beat, Bolsonaro in next year’s election at the end of his. https://www.theguardian.com/world/2021/nov/25/luiz-inacio-lula-da-silva-european-leaders-delighted.

The warm reception he got when he toured Europe was in stark contrast when Bolsonaro appeared isolated at the Group of 20 leaders summit in Rome last month. https://www.bloomberg.com/news/articles/2021-11-15/brazil-ex-leader-lula-gets-a-warm-eu-welcome-unlike-bolsonaro

But pulling off a victory in Brazil’s upcoming election may hinge on his ability to reframe the story of why Brazil unravelled so spectacularly after his presidency. Although millions of Brazilians were lifted from poverty and inequality under his watch, many of the projects da Silva set in motion, critics argue, were unsustainable and tainted by corruption.

Da Silva took no responsibility for the recession or for the huge bribery scandal that battered Brazil for years after he left office. And Brazilians turned their anger against his chosen successor, Dilma Rousseff, who was impeached in 2016 for improperly shifting public funds in an effort to mask the state of the economy before her reelection.

Two years later, the country elected Jair Bolsonaro, a far-right former army captain who presented himself as da Silva’s polar opposite, praising the dictatorship and promising an iron fist against corruption and crime. Now Bolsonaro is facing a torrent of scandals, his administration ensnared in investigations and his popularity waning, and da Silva is presenting himself as Brazil’s salvation.