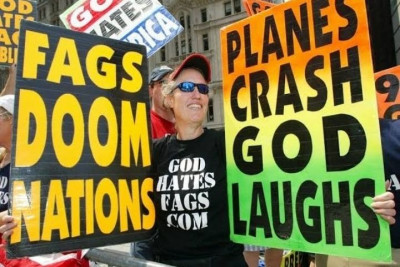 More than ninety per cent of homes in America have a Bible. It is one foundational text (after the US Constitution) that’s quoted frequently in culture wars about ‘family values’, most of which have to do with issues relating to sex and gender.

In 2009, the Evangelical Lutheran Church of America passed a resolution that allowed its priests to have “life-long, monogamous, same-gender relationships.” The reaction from the conservative Lutherans were swift and ballistic. To them, the resolution went against what God has revealed in the Bible.

For those who believe that God is the copyright owner of the Bible, here are some facts. The Bible, which means “book” in Greek, was not written by God and delivered to humanity, bubble-wrapped in shipment from Amazon.

The Bible is an anthology, a selection of texts from ancient Israel and early Judaism, and for Christians from the first hundred years or so of Christianity. All these texts, also called books, were written over the course of many centuries and have fallible human authors like Isaiah, Amos, Jeremiah, Paul etc. And like all other books, these texts reflect the personal biases and prejudices of its authors (almost entirely men) and of the societies for which they were writing.

So what we are reading in these books is essentially an interpretation of these author’s experiences and it’s implication for the society in which they were living. This varies from writer to writer. In the Ten Commandments, for instance, Yahweh, the God of ancient Israelites, declares that he punishes sons for the sins of their fathers to the third and fourth generation. But centuries later, speaking to prophet Ezekiel, Yahweh seems to have changed his mind.

(The writer is the founder of VVOX, a sextech platform.)