AC Milan are said to be interested in forgotten Arsenal man, Pablo Mari 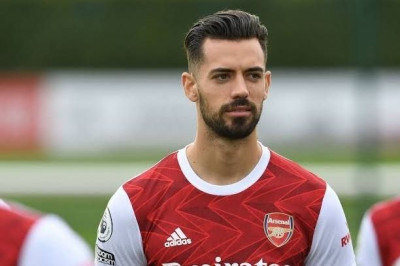 Pablo Mari is still an Arsenal player, though the hope is that this will change by the end of the
transfer window. Udinese, where the central defender spent last season on loan, wants to bring
him back, but they can't afford him, as you can see below.

AC Milan, on the other hand, is rumoured to be interested in signing the 28-year-old, who will
turn 29 on August 31. They are thought to be looking for a player who has already acclimated to
Serie A, and they have seen Mari as a player who has done so.

Udinese are in talks with Arsenal about repurchasing Pablo Mari, although they are apparently
unable to pay the price that Arsenal paid for him. According to Gazzettino (via TMW), Udinese
are hard at work trying to reach an agreement with Arsenal to sign Pablo Mari.

Udinese are focused on obtaining another loan for the defender, since a permanent acquisition
for a similar sum to what Arsenal paid to bring Mari in would be too much, according to the
source. According to previous rumours, Udinese was willing to pay as little as €4 million to make
the move permanent.

That kind of money wouldn't be enough to persuade Arsenal to sell, but talks are ongoing, and it
is probable that the two clubs will come to an agreement - potentially on a loan basis.

Mari had
fallen out of favour at Arsenal before to his loan, so any money brought in for him would be a
good thing. Going as low as €4 million, though, appears to be a stretch.

The centre-back finished his loan on a strong note, earning a spot in the WhoScored Serie A
Team of the Week in his final game. The 28-year-old made 15 appearances for Udinese on his
loan, scoring two goals while only missing three of their matches.