A win for all: First Native American treasurer of the United States 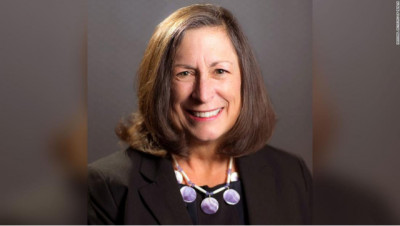 The Mohegan Tribe's lifetime chief Marilynn Malerba will become the first Native American to serve as treasurer of the United States when Joe Biden names her to the job, the White House announced on Tuesday.

As a result of the nomination, a Native American woman's signature will appear on US currency for the first time in history, according to a news release from the Treasury Department.

According to the CNN, Treasury Secretary Janet Yellen will be the first Treasury secretary to ever visit a Tribal nation when she travels to the Rosebud Indian Reservation in South Dakota later on Tuesday. Malerba is slated to travel with Yellen.

Malerba will directly oversee the US Mint, the Bureau of Engraving and Printing, and Fort Knox and will serve as a liaison with the Federal Reserve. She will be a senior adviser to Yellen and will lead a newly created Office of Tribal and Native Affairs within the US Treasury.

"Chief Malerba will expand our unique relationship with Tribal nations, continuing our joint efforts to support the development of Tribal economies and economic opportunities for Tribal citizens. Importantly, we look forward to working with Tribal nations and Congress to make this office permanent -- so it will be there for decades to come," Yellen will say.