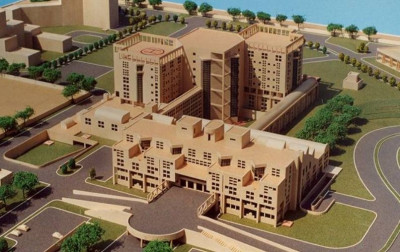 One of AVUT’s major achievement is the implementation of the “Jai PrakashNarain Trauma Centre (AIIMS)” by the Union of India in New Delhi. This project had remained a nonstarter since 1983. It was in 2003, during the hearing of the Civil writ filed by AVUT, that the Hon’ble High Court of Delhi directed the Union of India to release funds, as per the Ninth Five Year plan, and set up the Trauma Centre. This was among the main prayers in AVUT’s Writ Petition.

The prayer for a Trauma Centre was crucial to AVUT’s cause- because the Uphaar tragedy occurred merely a kilometer away from two of the country’s premiere hospitals – the All India Institute of Medical Sciences (AIIMS) and Safdurjung Hospital – and on that day the hospitals were totally unprepared to handle such a disaster. There was only one ambulance to transport the injured/unconscious persons to the hospitals. Most of the injured and unconscious persons were taken to the hospitals in PCR vans. Some were also taken by private vehicles, some by SDM’s vehicles and some others by local tempos.

AVUT in it’s writ petition had argued for the establishment of a Trauma Centre. The court directed the Ministry of Health to file an affidavit with regard to the status of the same. In compliance with the directions, the Ministry of Health and Family Welfare filed an affidavit on 9 January 2002, stating that in the meeting of the Cabinet Committee on Economic Affairs, held in September 2001, the proposal for setting up of an Apex Trauma Centre at AIIMS, New Delhi had been approved at an estimated cost of 54.14 crore rupees. The affidavit further stated that the implementation schedule for the Trauma Centre was to be 33 months. The High Court directed the Union of India to release funds earmarked for the project.

Today, the state-of-the-art Trauma Centre in the capital is operational and is instrumental in saving many precious lives.