S 27. Diary of a Cop : Tales of camaraderie in times of adversity 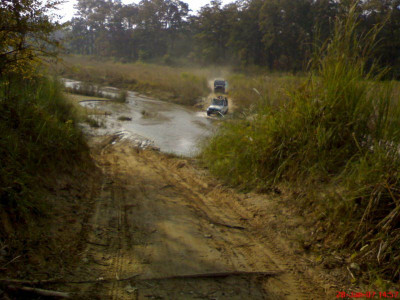 As the teams returned back to the rest house, a 3-sentried guard had been mounted to respond to any Maoist attack, and a large fire had been lit up in the main courtyard in front of the two rooms it had. In the absence of the main cook of the guest house who had left for his village seldom expecting visitors to stay there in the night, the police personnel got a chance to utilize their cooking talent which finally resulted in producing dinner at 2 am in the night. With the rains still continuing and threat of Maoist attack not overruled, all stayed awake till first light and sat chatting around the fireplace.

I slept for some time before I was woken up due to the sounds of men moving around as the rains stopped. Efforts were made to procure more provisions for the preparation of a breakfast-cum-lunch as one team was sent to check the level of waters in the river Masan so as to estimate when it would become fordable by vehicles after receding of flash floods due to continuous rain.

By the time lunch was ready it was already 2 p.m, and the team from the river returned with the news that it was simply not possible to cross the river as the water level was still quite high to even drown tractors in places. We were thus forced to wait for another night as the drizzling started and continued till the whole evening. Rains had stopped by the night when we followed the same routine of the previous day and spent time chatting about the adventures different officers had been through in their policing careers. It was delightful to learn the experiences of officers who seldom had the time to recollect their past as turbulent police life went on. Here forced to camp at Gobrahiya by mother nature and its circumstances, one had a lot of time which could be spent well only by chatting as it rained outside.