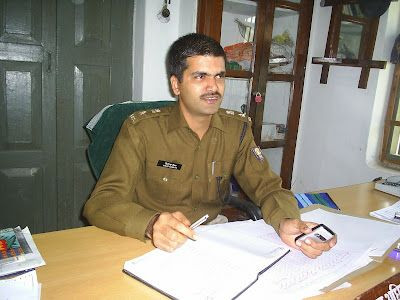 Just around 2 days after the second meeting, I received a call from him in the evening that one particular gang had been spotted as having entered a nearby settlement in the afternoon and had not left and could be planning to camp there for the night. He suggested that if ambushes were laid on the riverside, they could be trapped on the way back towards the river in the early morning as was their regular modus.

As I had earlier discussed the methods of organizing such a surprise raid, I saw it very promising and immediately organized for a joint police team consisting of platoons from the CRPF and STF along with the local police to form into 4 different groups which were seated separately on 4 different tractors to enter Ratwal. Tractors were specially chosen as the medium of transport since their sound was unlikely to raise alarm being often used for transport of sugarcane by the villagers in the night hours.

It was quite a dark night as we left Bagaha for Ratwal. At Ratwal we met our trusted source, who had along with him 3 more persons to guide the assembled police teams in different directions for laying ambushes on the riverside. After quietly disembarking from the vehicles, the teams started moving on foot for about a kilometer to the ambush points. It was a dark and cold night of December and most villagers were thus indoors while some dogs could be heard barking as the forces moved through the vegetation near the village and into the wild diara.