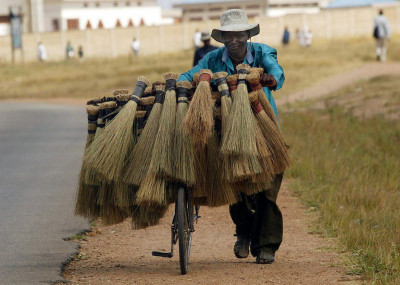 The informal sector plays an important role in the development of skills among Zimbabwe’s disadvantaged groups, and should be recognised as an alternative training path for those who cannot access formal training.

Yet, training in Zimbabwe remains tied to the formal education system. To be recognised as “trained”, one must go through and attain passes in primary, secondary and tertiary education or training. Without this certification, one is generally not recognised as adequately trained or skilled. This is regardless of expertise or competence in a particular trade.

Formal training plays an important role in skills development in Zimbabwe, but it is has some serious limitations. For example it is expensive and most families cannot afford the high tuition fees after the government stopped tertiary education grants in 2006 and 2011.

Moreover, tertiary institutions’ entry requirements exclude learners with a poor academic record. High schools are producing far too many students whose exam results are not good enough for university or college entrance. In 2020 for example, only 24.8% of all O-level learners passed at least five subjects required to enrol into a formal training institution.

My research queries the effectiveness of such an exclusionary training. It highlights the fate of all the learners who are excluded from tertiary training for different reasons.

Skills are empowerment tools the disadvantaged can use to fight poverty and inequality. Skills enhance their chances of getting better jobs, which also improve their earning capacity and increase their self-sufficiency. This will in turn improve their food security, livelihoods and living standard.

What does the future hold for young people who are denied a chance to acquire life-changing and poverty-fighting skills? I argue that, since most of them end up in the informal sector, harnessing the training benefits of the sector can be a positive step towards addressing this uncertainty.

Zimbabwe’s labour market is dominated by informal employment. In 2011, 94.5% of its employed population were working in the informal economy.

The country’s formal education and training system is structured as follows: