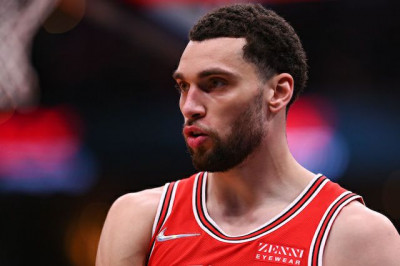 This offseason will be a very important one for the Los Angeles Lakers if they want to get back into championship contention and maximize what’s left of the LeBron James and Anthony Davis window.

The Lakers took a big swing last offseason by acquiring Russell Westbrook and missed, so perhaps they will attempt to take another big swing this summer.

Looking at the free-agent market, perhaps the best name who could become available is Chicago Bulls guard Zach LaVine.

While a few months ago it seemed like a foregone conclusion that LaVine would be returning to the Bulls on a max extension, that is looking less certain now with LaVar Ball even recently predicting that he will wind up with the Lakers.

That may seem farfetched, but it’s not totally impossible, especially considering that LaVine is repped by Klutch Sports, just like James and Davis.

LaVine played his college ball at UCLA and makes his offseason home in L.A., so there may be interest for him to return to the West Coast and play with James, who he has expressed a desire to team up with in the past.

The guard was recently questioned about the possibility outside of an L.A. restaurant by TMZ, where he first responded to LaVar’s claims by saying that he and Lonzo Ball are “boys” and then added that he has always been a big fan of the Lakers:

But, when asked to give a message to Laker Nation, LaVine’s response is enough to give fans a glimmer of hope.

“I’ve always been a big fan,” he said as he hopped in his Mercedes-Benz G-Wagon.

Despite LaVine’s comments, it’s still extremely unlikely he ends up with the Lakers this summer. It’s more likely that he is trying to gain leverage in negotiations with the Bulls, where he has taken his career to the next level as a two-time All-Star.