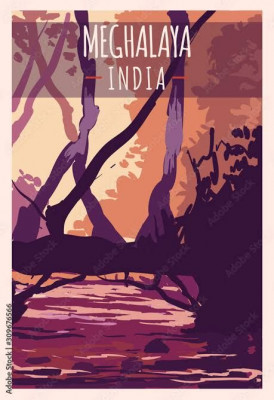 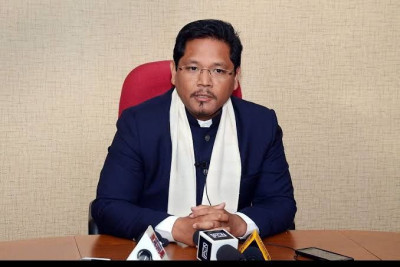 The legislative assembly By-elections held on 30 October in Mawryngkneng, Mawphlang and Rajabala constituency of Meghalaya 2 seats were won by the National People's Party(NPP) and one was won by United Democratic Party (UDP).

‌Congress faced a hit in 2021 as two-third of MLA's resigned and joined the Trinamool Congress.

‌Congress and their main rival BJP allied in order to support NPP as 12 of 17 MLA's joined Trinamool Congress.

‌In 2021 Meghalaya and Assam tried to reconcile their dispute of boundary which prevail over decades.

They held talks thrice this year. Finally, they have come close to resolving their differences in six of the 12 disputed areas, and have set January 15 as the deadline to complete the first phase of negotiations.

‌Chief Minister Conrad Sangma dropped the saffron party's minister A L Hek from his cabinet spurring strain over the ties between BJP.

Later he then inducted another BJP MLA Sanbor Shullai into the government.

‌Massive Corruption was accused over the Brother of Chief Minister and Minister James P K Sangma in the Saubhagya Scheme which aims in providing electricity connections to all households, urban and rural, in the country.

Congress took the chance and demanded a CBI enquiry.

‌More allegations also came in the way of James like allowing syndicates to carry out illegal mining and transportation of coal surfaced.

‌The government faced some moments of anxiety on the law and order front when Meghalaya Police faced backlash for killing former militant leader Cheristerfield Thangkhiew in an encounter at his Shillong home.

‌He was suspected to be involved in a series of IED blasts across the state.

At his funeral, a group of youth ransacked the police outpost and made a scene.

‌Various pressure groups demanded the enactment of Inner Line Permit (ILP) in Meghalaya in their meetings with Amit Shah during his two visits to the state this year but did not receive any categorical confirmation.


‌ILP is an official travel document issued by the state government concerned to allow inward travel of an Indian citizen into a protected area for a limited period.