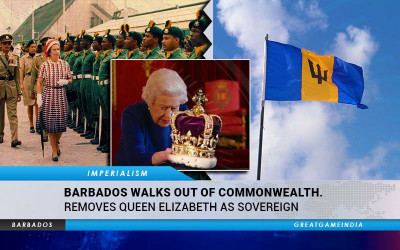 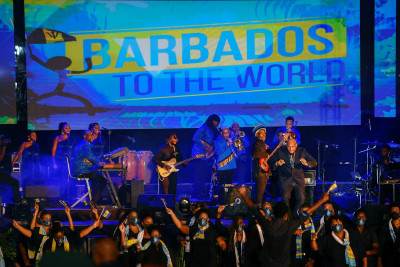 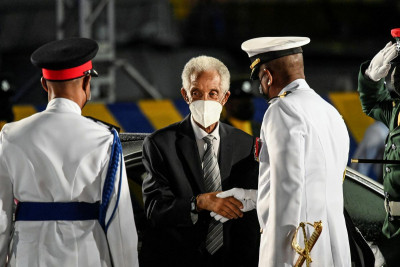 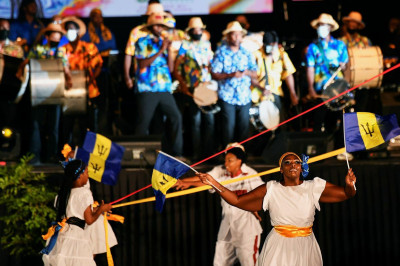 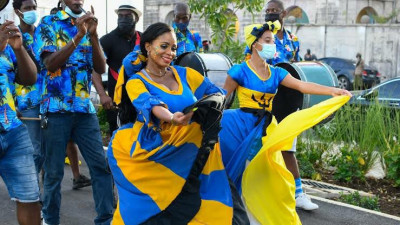 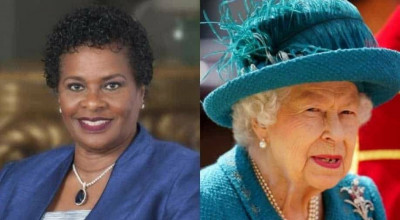 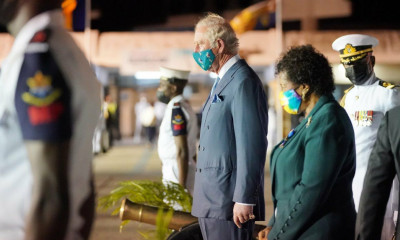 Barbados got rid of Britain's Queen Elizabeth as head of state, creating a new republic on Tuesday with its first-ever president and severing its last remaining colonial bonds nearly 400 years after the first English ships arrived at the Caribbean island.

Prince Charles, heir to the British throne, stood somberly as Queen Elizabeth's royal standard was lowered and the new Barbados declared, a step which republicans hope will spur discussion of similar proposals in other former British colonies that have the Queen as their sovereign.

Barbados casts the removal of Elizabeth II, who is still the queen of 15 other realms including the United Kingdom, Australia, Canada and Jamaica, as a way to finally break with the demons of its colonial history.

After a dazzling display of Barbadian dance and music, complete with speeches celebrating the end of colonialism, Sandra Mason was sworn in as Barbados's first president.

Barbadian singer Rihanna also attended the ceremony and was declared a national hero.

The birth of the republic, 55 years to the day since Barbados declared independence, unclasps almost all the colonial bonds that have kept the tiny island tied to England since an English ship claimed it for King James I in 1625.

It may also be a harbinger of a broader attempt by other former colonies to cut ties to the British monarchy as it braces for the end of Elizabeth's nearly 70-year reign and the future accession of Charles.

More than 10 million Africans were shackled into the Atlantic slave trade by European nations between the 15th and 19th centuries. Those who survived the often brutal voyage ended up toiling on plantations.

Barbados will remain a republic within the Commonwealth, a grouping of 54 countries across Africa, Asia, the Americas and Europe.

Note: The last time the queen was removed as head of state was in 1992 when the Indian Ocean island of Mauritius proclaimed itself a republic.