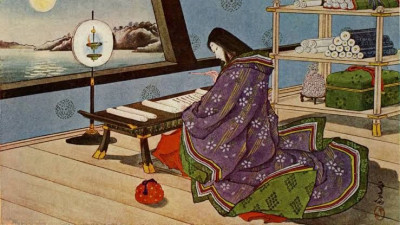 Japan is known for its rich history, culture and literature and it should be no surprise that it gave the world an important part of literature.

The first complete novel was written by Japanese noblewoman Murasaki Shikibu in the year 1007.

It is known as "The Tale of Genji," and it relates the tale of a prince seeking love and knowledge. Over 1000 pages of text are covered in 54 chapters in the English version.

The Tale of Genji narrates the tale of Hikaru Genji, an exiled member of the royal family and the son of an elderly emperor and a concubine. In fifty-four chapters, Murasaki tells the story of the young Genji's romances and adventures as he works to establish an imperial career. He also provides insight into the aristocratic lifestyle at the time.