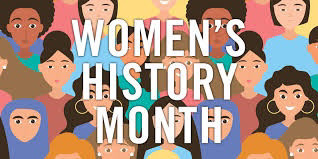 Historical Contributions of Women That History Books Don’t Talk About

During Women's History Month, we honour women's accomplishments. While it's essential to commemorate women's history throughout the year, March is a good time to reflect on the sacrifices made by women to make the world, and our country, a more inclusive place.

Women's History Month was established by Congress in 1987, although its origins may be traced back to suffragists battling for women's right to vote in the early twentieth century.

At the International Conference of Working Women in Copenhagen in March 1910, German feminist Clara Zetkin proposed that International Women's Day be recognised as an international holiday, and all 17 countries in attendance agreed.

The holiday was not extensively observed in the United States until it was recognised by the United Nations in the 1970s. Later that decade, a task team in California formed Women's History Week in order to urge schools to comply with recently passed Title IX rules. And, in March 1980, President Jimmy Carter declared that March 8 was officially the start of National Women’s History Week.