Why World Anti-Doping Agency is taking a relook at cannabis 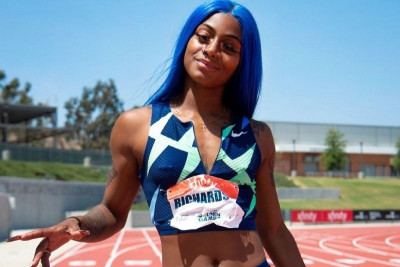 Nixon really did a number with the ‘War on drugs’, huh

Cannabis is gaining legal recognition in many places for medical and recreational purposes. But in sports, it continues to be considered a banned substance even though it is not a performance enhancer. This dichotomy turned out costly for American sprinter Sha’Carri Richardson who could not participate in the Tokyo Olympics for consuming something that is perfectly legal in her home state. Belatedly, the World Anti-Doping Agency has decided to review the status of cannabis on its banned substance list.

When Richardson failed the marijuana test, President Biden had joined fans and sportspersons in decrying the ban and calling the WADA to review the list. (https://www.usatoday.com/story/sports/olympics/2021/07/04/joe-biden-shacarri-richardson-marijuana/7858036002/) The agency, in its executive committee meeting this week, has decided to initiate the review next year. The current ban will of course continue till then. (https://www.washingtonpost.com/sports/olympics/2021/09/15/wada-reconsider-cannabis-ban/)

Richardson had won the 100-meter final in the US Olympic trials and was a top medal contender in Tokyo. But her 10.86-second run at the trials was canceled after her marijuana test came positive. She said she had smoked marijuana to cope with the stress after her mother’s death.

THC, the main psychoactive compound in cannabis, is a ‘substance of abuse’ by the WADA’s book. [https://www.wada-ama.org/en/content/what-is-prohibited/prohibited-in-competition/cannabinoids] WADA prohibits any substance if it meets two of these three conditions: it can enhance performance, it can harm an athlete, or its use can be considered against the spirit of sport. While the first point is currently under fire, the last two criteria can be ambiguous.

For the WADA, the marijuana question has been debated since the 1980s. It relaxed its rules in 2013, making athletes eligible despite a positive test in certain conditions and reducing the suspension period. But it still features on its list of banned substances.

Researchers and marijuana advocates say, scientifically speaking, there is no reason to ban it in sports. Some experts have argued there may not be any evidence supporting cannabis to be a “performance-enhancing drug”. [https://www.washingtonpost.com/sports/olympics/2021/07/03/shacarri-richardson-marijuana-olympics-doping-ban/] While marijuana is widely known to calm the nerves, its ability to offer undue advantage to athletes remains a topic of contention.