Why Mamata Banerjee is not signing Teesta deal? 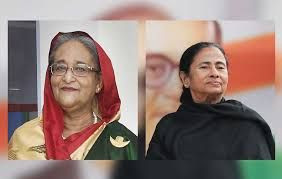 Despite major efforts by Bangladesh to woo her, West Bengal Chief Minister Mamata Banerjee is not ready to give her consent to a final agreement on sharing the Teesta river waters. In response to a congratulatory letter from the Bangladesh Foreign Minister on her winning the assembly by–poll in Bhawanipore, Banerjee responded customarily, pledging to “maintain present good relations with utmost care,” but stopped short of mentioning the Teesta waters agreement.

Sources close to Banerjee have indicated informally to Dhaka that she is not keen to approve the waters sharing agreement as long as Narendra Modi is ruling India. She is almost playing the same role that the Bharatiya Janata Party (BJP), as principal opposition party, did with the then UPA II government efforts to pass the Constitutional amendment in Parliament to ratify the Land Boundary Agreement (LBA) with Bangladesh in 2013.

After the May 2014 Lok Sabha polls, when the BJP came to power dislodging the Congress-led UPA, it wholeheartedly took the initiative to pass the Constitution amendment bill for “historic” LBA. In a rare occurrence, all political parties in both houses of India’s Parliament passed the bill unanimously. However, in December 2013, the BJP leader of the Opposition in the Lok Sabha, Sushma Swaraj, categorically stated that they would not support the LBA with general elections due soon.