Why Kuwait's overturned Article 198 is a landmark for sexual rights 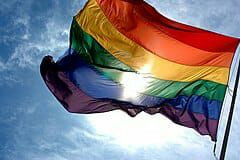 Kuwait’s constitutional court decided to overturn Article 198 of the country’s Penal Code on Tuesday which criminalized “imitation of the opposite sex”, because it violates Article 30 of the constitution that guarantees personal freedom.

Human Rights Activists, such as Amnesty International, hailed the decision as a welcome development and a “major breakthrough for transgender rights in the region” because Article 198 was “deeply discriminatory, vague”. Now they have called for a complete repeal of the law and urged the country’s administration to stop arresting transgender people and drop all charges and convictions against them on the basis of this “transphobic law.”

The discriminatory Article 198 gave Kuwaiti authorities free rein to stop, detain and prosecute people whose looks did not conform to the gender marked on their official identity cards. The police arbitrarily stop transgender people at security checkpoints after looking at their papers, sometimes even if they found a man speaking in feminine voice. In course of interrogations, according to activists and transgender people, the police often physically assault and sexually harass and put them in prison.

Last year Maha al-Mutairi, a transwoman, was sentenced to two years in prison and was imposed a fine under the law. Currently jailed in Kuwait’s Central Prison for men, she had earlier accused police officers of raping and beating her during a seven-month detention for “imitating the opposite sex.”

The Article 198 had set the maximum penalty for cross-dressing at one year in prison or a fine of $ 3,300. Similar laws to criminalise transgenders is common across the countries in conservative Arabian Peninsula. Throughout the Middle East lesbians, gay, bisexual and transgender people face strong social discrimination along with legal hurdles in their lives.

Kuwait, the tiny oil-rich nation in the region is slightly liberal compared to other authoritarian neighbours. Activists hope the decision in Kuwait will encourage other countries to offer their citizens more sexual freedom.