Why is the crisis of chip shortage more severe than estimated before? 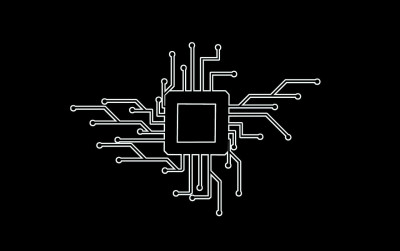 President of Hisense, Jia Shao Qian, one of China’s largest TV and household goods makers, has said that the semiconductor chip shortage is more severe than previously thought. It will take 2 to 3 years for the issue to be resolved. (https://www.cnbc.com/2021/10/15/chip-shortage-could-persist-for-another-2-3-years-hisense-president.html)

First, the world auto industry faced the chip crunch leading to cut giants cutting down on production of cars. The sector had blamed the crisis on semiconductor companies diverting chips to other sectors during the pandemic. According to industry experts, the chips were diverted to laptops, phones, gaming systems, and others. But even the electronics market was not untouched by the chip shortage. There have been increase in the prices of smartphones and other electronic items because of the shortage.

The power crisis in China is not helping matters as several companies, including those from Taiwan, which have manufacturing hubs in China, say that it would be difficult to manufacture without a stable electricity supply. Some Taiwanese companies have said that they have shut some of the chip-making operations in China. There are reports from China that several small and medium-sized semiconductor companies have also stopped producing due to power woes.

What has worsened the crisis is that the chip production is done by a handful of companies in countries like Taiwan and China.

Chip manufacturers are also looking at the future. What if they ramp up the supply and there is a glut in the market leading to a price crash? That could also be one of the reasons for not enough urgency being shown to increase the manufacturing facilities.

With China’s car sales declining as compare to last year in the latest quarter due to chip shortage, China is also pressing panic buttons. It is asking chip manufacturers to ramp up their manufacturing capabilities. While accepting that the chip crunch remains ‘quite serious’, China blamed it on the pandemic for creating a “supply and demand imbalance.” (https://www.scmp.com/tech/tech-trends/article/3148576/chip-shortage-will-drag-some-time-chinese-ministry-warns-country)

The chip shortage that is not going away:
https://www.scmp.com/tech/tech-trends/article/3152042/small-semiconductor-firms-say-chinas-power-crunch-adding-problems

The rise and rise of the smartphone market:
https://www.zdnet.com/article/the-next-problem-for-the-smartphone-industry-the-global-chip-shortage/