Why France’s teachers are on strike? 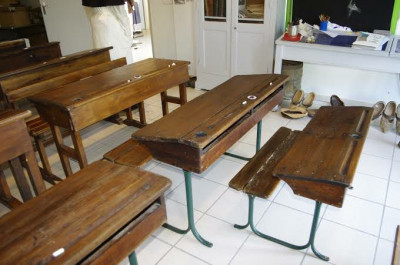 Some estimates put the numbers at 75 percent of all school teachers in France. No wonder it has been called one of the most significant education strikes in recent years.

Most primary schools are affected as three-quarters of the staff in these schools are on strike on Thursday. Most of the schools are being shuttered for the day.

With the presidential elections with around three months away, this could be a new headache for President Emmanuel Macron. The government has often patted itself in the back for keeping the schools open, but that seems to have become the problem.

Even as Omicron was raging across France, even schoolchildren were getting affected leading to the French government changing rules, but it continued to keep the children in school. And it imposed rules that was becoming difficult for schools to implement. And the teachers were feeling already overstretched. Many teachers say that the change in rules and protocols have made both teachers and pupils feel unsafe. (https://www.theguardian.com/world/2022/jan/13/half-of-french-primary-schools-expected-to-close-teachers-strike-protest-covid-education)

For instance, the local media is reporting that the Education Minister, Jean-Michel Blanquer, was criticised for unveiling new rules in a newspaper article a day before schools were set to reopen after the Christmas break. And then the rules changed on Dec 7 and again on Dec 10. (https://www.thelocal.fr/20220113/why-are-french-teachers-going-on-strike-over-covid-rules/)

France is seeing one of the world’s highest numbers of new daily infections for weeks now. It reported 360,000 new cases on Jan 12. (https://www.washingtonpost.com/world/2022/01/13/france-teachers-strike-omicron/)

Teachers are considered a powerful pressure group in France and taking them on at the time of the presidential elections is fraught with risks, observers say. It may force the French government to make yet more changes to the protocol after the strike.

News article on the strike:
https://www.france24.com/en/europe/20220112-unions-poised-for-historic-strike-over-france-s-covid-19-school-rules