S Why Arsenal did not secure Champions League Football (Part 3)

Why Arsenal did not secure Champions League Football (Part 2) 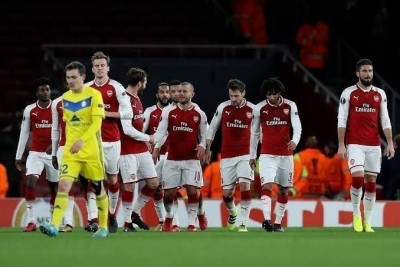 Why Arsenal did not secure Champions League Football (Part 2)

While Arsenal have improved on the football they play, they still do not score enough goals.
Arsenal have scored 61 goals this season, underperforming their expected goals (xG) metric of
69 by 8 goals. Most top teams over perform their xG metrics as they have world class players
who are able to pull those magical moments and score goals.

Arsenal have finished the season
without all two of three strikers who started the season and Nketiah’s future up in the air as well.

Having scored a combined 13 goals across the season, Arsenal’s strikers have performed
incredibly poorly - leaving the goalscoring burden on young wingers Saka, Smith Rowe and
Martinelli. Their tally of 61 is lower than that of their rivals, and the league position at the end of
the season reflects that.

If Arsenal want to make a sustained push towards the Champions League spots next season,
then they must make smart business in the transfer market and bolster the squad.

On the other
hand, Arteta must also develop some tactical flexibility to try to break teams down in order to
claw back points from losing positions. Do this, and Arsenal’s chances for the top 4 next season
look incredibly strong.