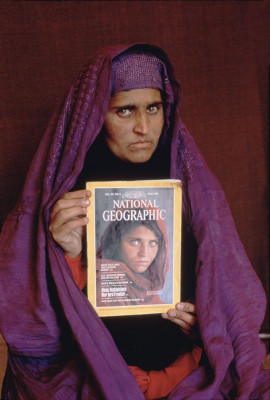 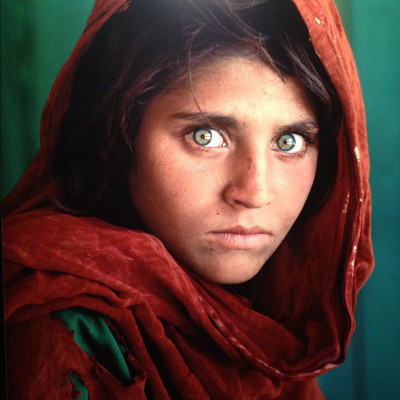 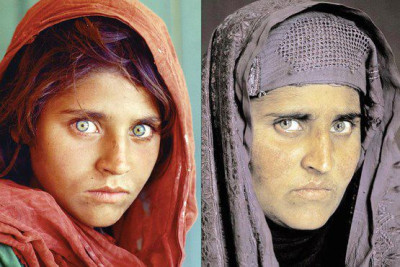 In June 1985, a portrait of "Afghan Girl" by Steve McCurry was published on the cover of National Geographic magazine, which brought the photographer worldwide fame. A 13-year-old Pashtun girl named "Sharbat Gol" who lost her parents in the Soviet airstrikes on their village in Afghanistan and lived in an Afghan refugee camp in Pakistan. A photo that without a word of explanation could easily evoke feelings and emotions on a global scale. But what magic really lies in these beautiful and penetrating eyes that engage the viewer's mind like this.

This photo is the narrator of a bitter story that is told through the eyes of two staring and influential eyes. Extremely beautiful, pristine and wild eyes that draw the viewer's gaze inside. The green color of these eyes is not normal, delicate and orange streaks can be seen around the pupil, as if these eyes have been melted. This shy little girl recounts all her unspoken words to the viewer behind a look that is as sharp as glass.

In 2002, Steve McCurry returned to Afghanistan with a team from National Geographic during a mission to find "sharbat Gol "


This photo has the same beautiful eyes after many years. She has become a mother and has three daughters. It may have taken 17 years of hardship and suffering for those astonished eyes to carry with them a great burden of sorrow. In the second photo, the sad and shy eyes of the Sharbat Gol, which no longer has the former radiance, along with the blue cover, show the coldness and fatigue of this broken woman.

A woman who lived in misery and poverty throughout Afghanistan's war with the Soviet Union and the Taliban, she had never seen a famous photograph of Mona Lisa in the West in her 30s. Wounds heal, but healing is very different from being like the first day)

And this is perhaps the difference, where the wound of the soul can seldom be hidden .. right on the eyes!