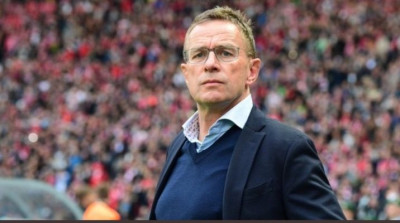 Ralf Rangnick has reached an agreement with Manchester United to become their new interim manager. This is a very smart decision taken by the United board amid the tumult.

The 63-year-old is considered a legend by many for his ingenious gegenpressing method which he came up with. He is considered the ‘godfather’ of modern coaching in Germany. Rangnick is leaving his job as head of sports and development at Lokomotiv Moscow to take up the role. The agreement is subject of course to his current employer’s agreement to this, but United do not see this to be a problem.

Rangnick has agreed a six-month deal until the end of May. He will have a further two years in a consultancy role. Work permit reasons mean he will not be in charge in time for the weekend’s game at Chelsea. Rangnick has been appointed after Norwegian Ole Gunnar Solskjaer's dismissal following the 4-1 defeat away to Watford at the weekend.

United from the very beginning had made it very clear that they wanted an interim manager in charge until the end of the season. A number of managers were being linked to the job, from the likes of Zinedine Zidane and Mauricio Pochettino to Ernesto Valverde, but they have finally decided that Rangnick is the man for the job.

Rangnick took little-known German side Ulm to the Bundesliga for the first time in their history at the start of this century. Rangnick has also had significant success as a director of football. He held that role for both Red Bull Salzburg and RB Leipzig from 2012 onwards, while having brief stints as manager at Leipzig. After Rangnick took that role, Leipzig rose from the regional league — the fourth tier — to the Bundesliga.

If his past successes are anything to go by, he is surely going to take the Premier League by storm.