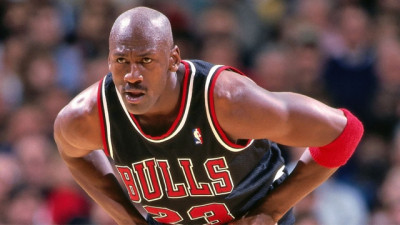 Michael Jordan is a well-known gambling enthusiast. His penchant for games of chance, on the other hand, delayed his second return to the NBA!

Many people consider Michael Jordan to be the greatest basketball player of all time. The six-time NBA Champion was the face of the NBA in the 1990s, when his Chicago Bulls dominated the league.

According to SportsRush, despite his celebrity, MJ was not without blemishes. Jordan, an enthusiastic gambler, never backed down from a challenge, especially when money was on the line. He enjoyed it so much that he would place friendly wagers with his security staff.

Although he believes it is something he does for "fun," some have referred to it as a "addiction." One that landed him in hot water.

The GOAT's competitive nature got him trapped in a 36-hour card game. One that caused him to miss his second NBA season with the Washington Wizards in 2001.

He lost approximately $900,000 in a game where he paired up with Antoine Walker!

Can you believe losing that much money?