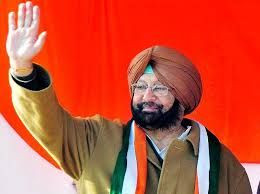 After his meetings with Home Minister Amit Shah and NSA Ajit Doval, former Punjab Chief Minister Captain Amarendra Singh has declared that he would resign from the Congress shortly, but would not be joining the BJP. But the question hangs: Is there a hidden pact being worked out between the Captain and the BJP leadership?

The Captain - always known for his right-of-centre posture - shares a commonality with the saffron party's nationalism agenda. He had constantly invoked the "Pakistan threat"in Punjab and had even supported the Army Major for using a civilian as a human shield in Kashmir some years back. During his tenure, a rather high number of arrests had also been made in Punjab under the Unlawful Activities Prevention Act (UAPA). At a time when the Congress leadership was seeking proof of the Balakot strike in 2019, the Captain had sided with the BJP narrative, saying that "a right message had been sent out to Pakistan". During his tenure, his opponents had also alleged that NSA Ajit Doval had influenced appointments of top officers in the state, including those of chief secretary Vini Mahajan and her husband, DGP Dinkar Gupta. New chief minister Charanjit Singh Channi recently replaced both the officers. After his resignation as the chief minister, he described Navjot Singh Sidhu as being "anti national, dangerous, unstable and incompetent", while emphasising that he "(Sidhu) was a friend of Pakistan Prime Minister Imran Khan and Pakistan Army Chief General Bajwa".

While there is a level of ideological convergence between the Captain and the BJP leaders, the former chief minister would apparently find it politically inexpedient and counterproductive to join the BJP at a time when the anger of Punjab farmers against the BJP government is at its peak. The possibility of floating a regional outfit also appears a hard ask. But the BJP leadership could still want to utilize the Captain to achieve the aim of shifting the political narrative from farm protests and unemployment to Pakistan and Taliban in the upcoming assembly elections in Punjab, UP and other states. It is to be seen whether the Captain will bite the bullet.