What Neymar has said about Real Madrid transfer? 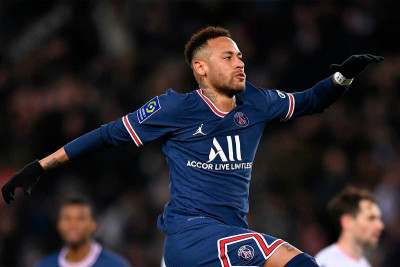 Neymar has reportedly been put on the transfer list by Paris Saint-Germain chiefs in a bid to balance their books financially following Kylian Mbappe's decision to stay at the Parc des Princes. Barcelona and Real Madrid have been linked with Neymar and are reportedly keen on his services. However, the Brazilian may not be keen on a move to the Bernabeu after comments he has previously made about the club.

The attacker, 30, joined PSG five years ago from Barcelona for a world-record fee of around £198million. He has won plenty of accolades at the Parc des Princes, although one major trophy in the Champions League does remain missing from the club's cabinet since his arrival.

Their decision to keep Kylian Mbappe hinged on their desire to win the famous competition, which could have ramifications on Neymar's future. But the player has previously batted away links to Real Madrid, insisting constant speculation over his future is "annoying".

“All transfer windows, we talk about these things, I’m not in a moment to talk about anything," Neymar said ahead of the 2018 World Cup. “Everyone knows what I came here to do, the goals I have. Now, my goal is to do the World Cup, not to talk about transfer or not.

"I spend my whole life, every transfer window, we talk about it, it’s a bit annoying.” A move to join Los Blancos would certainly turn heads given that he was one of Barcelona's best players, though Real Madrid have the cash after being snubbed by Kylian Mbappe.

However, Neymar did say he almost joined the Galacticos aged just 10 before returning to Brazil, citing homesickness. "When I was 10 Real Madrid invited me for a try-out. I was thrilled, I was so happy, I watched their practice. It was during the Galacticos era. I watched their game," he told the Fenomenos podcast.