What is Canada doing to tackle maple syrup shortage? 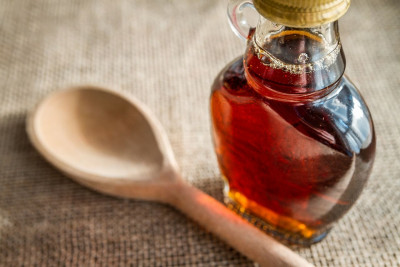 Stung by high gasoline prices, many countries like the U.S., China, India have been forced to open their strategic oil reserves to bring the prices down. But Canada is tapping into strategic reserves of a different kind—Maple syrup.

Maple syrup prices in Canada have sky-rocketed after fears of supply shortages. And when there is a crisis around maple syrup, the government has no other way but swing into action. Maple syrup is dependent on weather, and this year it has been warm.

Maple syrup is extracted by installing a metal tap into trunk of the trees. According to experts, the extraction of syrup can be in abundance only when the temperatures are above freezing during the day and below the freezing point during the night. But temperatures were warm during this year’s spring.

Canada’s Quebec province produces 73 percent of the world’s maple syrup supply but it has been hit by warm weather that resulted in fall in the output the syrup. The Canadian federation that maple syrup production in Quebec has said that it will step in and release some 50 million pounds of maple syrup from its emergency reserves. The federation is often called “the OPEC of maple syrup,” comparing it to the Organization of the Petroleum Exporting Countries. (https://www.washingtonpost.com/world/2021/11/27/maple-syrup-stockpile/)

According to experts, besides the syrup becoming popular the world over, climate change, logging and diversification of products from the maple tree has led to shortfall in the output and hence the increase in prices.

How will the Quebec Maple Syrup Producers increase their reserves? They are planning to tap more trees next year so that they can keep their reserves at a level to meet any exigency like they are facing this year.

Why does Québec have a strategic reserve of maple syrup?:
https://qz.com/2095339/why-does-canada-have-a-strategic-reserve-of-maple-syrup/

Why Canada is dipping into its maple syrup reserves?
https://www.theguardian.com/world/2021/nov/28/sappy-ending-canada-digs-deep-into-strategic-reserves-to-cover-maple-syrup-shortage