S What happened to Unai Emery’s signings at Emirates? Where are they now? 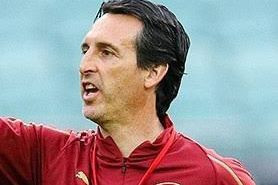 
William Saliba was one of the promising signings of Unai Emery but the player did not feature for Arsenal multiple times. The player was sent on loans due to his disciplinary issues as well. In the ongoing term, the player has been a decent signing for Marseille with his ability in the heart of the defense. Following his decent spell in Ligue 1, the majority of the fans want him to don the Arsenal jersey. Does Saliba want to play for Gunners?


Arsenal bought Sokratis for a staggering fee of £17.7 million from Borussia Dortmund and was a starter under Emery. He played 44 games for Arsenal and even had 5 G/A to their name as a central defender. However, with multiple players like Gabriel and Pablo Mari arriving at Emirates, the game time was reduced for the Greek international. He moved to Greece in 2020/21 and joined Olympiacos. He won two back-to-back Greek top-flight titles in back-to-back seasons.


The player who will be less in the memories of Arsenal fans is Denis Suarez. Denis Suarez joined on loan in 2018/19 and featured for only six games. The player’s stay in England was marred with injuries and finds himself in Celta Vigo.


Emery signed Lucas Torreira from Sampdoria in 2018/19. The player had an instant impact at Emirates with him playing 34 games of the EPL in his first-ever season. He had four G/A to his name. However, the form dipped as he had only 2 G/A to his name in 29 games for Arsenal. Mikel Arteta loaned him out to Atletico Madrid where Lucas Torreira went on to win the La Liga title.


In the 2021/22 season, the player went on a loan to the Italian top-flight side, Fiorentina. He had a fruitful season with six G/A from 31 games. With Fiorentina not budging for the amount quoted by Arsenal, Torreira is set to return to Emirates.