What a Title IX lawsuit might mean for religious universities 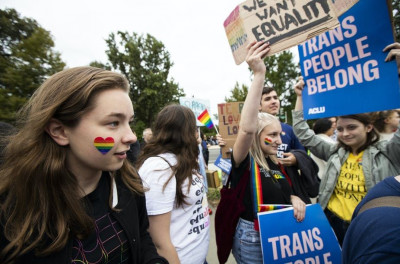 The Religious Exemption Accountability Project, or REAP, filed a class action lawsuit on March 26, 2021, charging that the U.S. Department of Education was complicit “in the abuses that thousands of LGBTQ+ students endured at taxpayer-funded religious colleges and universities.”

According to the suit, those abuses include “conversion therapy, expulsion, denial of housing and health care, sexual and physical abuse and harassment.” The abuses also include the “less visible, but no less damaging, consequences of institutionalized shame, fear, anxiety, and loneliness.”

REAP – an organization that aims for “a world where LGBTQ students on all campuses are treated equally” – holds the Department of Education culpable, arguing that, under the federal civil rights law Title IX, it is obligated “to protect sexual and gender minority students at taxpayer-funded” schools, including “private and religious educational institutions.”

The lawsuit’s 33 plaintiffs include students and alumni from 25 colleges. Most of these schools – including Liberty University and Baylor University – are evangelical, but the list also includes one Mormon and one Seventh-Day Adventist university.

Indeed, the implications of the lawsuit extend to the more than 200 religious schools that discriminate on the basis of sexual orientation. In 2018 these schools received US$4.2 billion in federal aid.

As scholars who write extensively on evangelicalism from historical and rhetorical perspectives, we argue that, whether or not it succeeds, this lawsuit poses a serious challenge to these religious schools.

Holding on to values

Historian Adam Laats argued in his 2008 book, Fundamentalist U that evangelical colleges are forever engaged in a balancing act.

They have had to convince accrediting bodies, faculty, and students that they are legitimate and welcoming institutions of higher education. At the same time, as Laats says, they “have had to demonstrate to a skeptical evangelical public” – alumni, pastors, parachurch leaders and donors – that they are holding fast to the “spiritual and cultural imperatives that set them apart.”

These imperatives differ from school to school, but they can include both doctrinal commitments and lifestyle restrictions.