Wearable tech at the Olympics: How athletes are using it to train to win 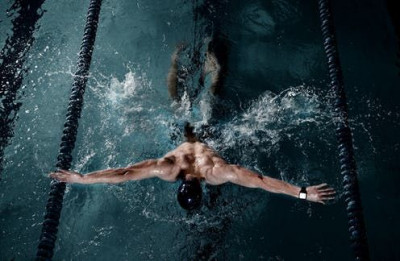 One of the joys of watching the Olympics is seeing the speed, strength and grace of the competitors. It’s amazing how the best athletes in the world make it look easy, but for anyone with personal experience in a particular sport, there’s an appreciation for the hard work, sacrifice and dedication that goes into producing medal-winning performances.

Given the high standards of Olympic competition, it’s not surprising that coaches and athletes look for any possible advantage — from dietary regimens to equipment innovations and novel training methods — to maximize the chances of success.

One of the more recent tools in the Olympic arsenal is wearable technology, which many of us are familiar. Devices such as Fitbit, Garmin, Polar and the Apple watch allow us to measure and track various aspects of our health and performance.

Wearable tech was especially useful to keep track of athletes when training grounds were shut down because of the pandemic. The English Premier League used it to keep track of their players during remote training after the country went into lockdown.

In simple terms, “wearable technology” refers to anything attached to the body that measures some aspect of performance during physical activities such as running, biking, walking or swimming.

Many of the current devices involve micro-electromechanical systems, which incorporate sensors that quantify some aspect of physical function or movement — such as heart rate, speed, force or acceleration.

One of the main advantages of wearable systems is that they’re relatively inexpensive and small enough to be attached to any part of the human body. As a biomechanics researcher, I typically analyze movement in a lab with expensive 3D cameras. While this provides a high degree of accuracy, it limits the types and quantity of movements that can be analyzed.