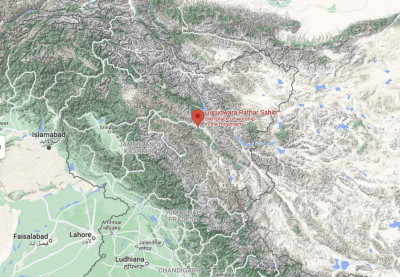 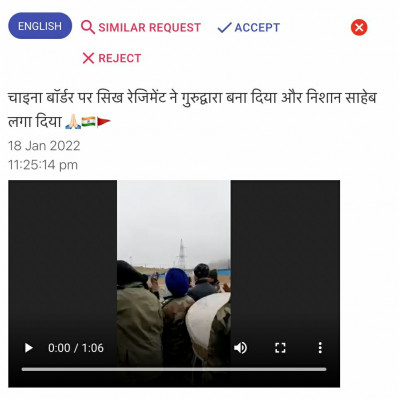 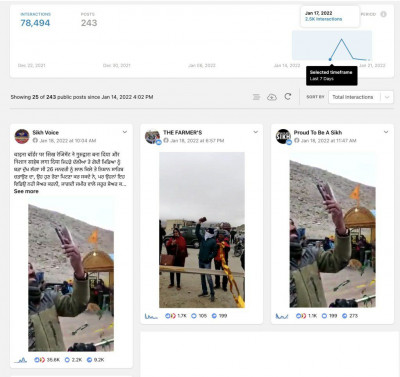 Several social media users have posted a minute-long video of Indian army men hoisting a gigantic Sikh flag and chanting ‘Bole So Nihal Sat Sri Akal’. It has been claimed that the Sikh Regiment of the Indian army constructed a Gurudwara at the Indo-China border and installed a Sikh flag.

Facebook page Sikh Voice posted this video with a similar claim in Punjabi. Its post was shared close to 10,000 times.

Using social media monitoring tool, CrowdTangle, we found that close to 250 Facebook posts have made this claim along with the text ‘चाइना बॉर्डर पर सिख रेजिमेंट ने गुरुद्वारा बना दिया और निशान साहेब लगा दिया’ (The Sikh Regiment built a Gurdwara on the China border and installed a Nishan Sahib).

Video verification
Alt News reached out to a source in the Indian Army. The concerned officer said, “The location of the video is Gurudwara Pathar Sahib in Leh which is nowhere near the Indo-China border.” The screenshot from Google Maps below gives a perspective on how far the Gurudwara is from the borders.

We performed a keyword search on Google — ‘Gurudwara Pathar Sahib army install pole’ — and found a report by a website called Sher E Punjab Radio. Its report, published on October 25, 2021, stated that an 80 feet Nishan Sahib was recently installed at Gurdwara Pathar Sahib in Leh.

The report also included a video tweeted by BJP leader Manjinder Singh Sirsa on the same day. This video is longer than the one viral.

Thus, a video of Indian Army men installing a Sikh flag in Leh’s Gurudwara Pathar Sahib was shared with the false claim that the flag was hoisted on the Indo-China border.