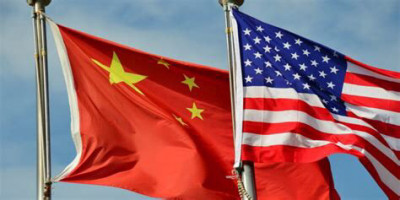 In normal circumstances, easing visa restrictions for each other's journalists will not be seen as a major breakthrough in the relationship between the world's most powerful countries. But the wrangling between China and the U.S. had reached such a nadir that when last week, just ahead of the virtual summit between President Joe Biden and Chinese President XI Jinping, it was reported that the U.S. would issue one-year multiple-entry visas to Chinese journalists and China will reciprocate for US journalists in China, it was seen as a major achievement. (https://www.washingtonpost.com/world/asia_pacific/china-journalism-visas-biden-xi/2021/11/17/bd6d9462-4744-11ec-beca-3cc7103bd814_story.html)

The climate deal between the two countries at the United Nations climate summit at Glasgow was also a good precursor for the virtual conference. But China and US relations are well beyond these two issues.
According to reports in the state-controlled Chinese media, at the summit, Xi spoke forcefully spoke on Taiwan and said that the island should not ""provoke us, force our hands or even cross the red line."" He also warned the U.S. not to attempt to contain China through Taiwan as it would be "just like playing with fire." (https://www.globaltimes.cn/page/202111/1239146.shtml).

Biden spoke of the importance of reducing the risk of conflict, and human rights in China.

Nobody expected miracles from the virtual summit. With the U.S. considering China as a strategic competitor at the world stage, and Beijing's growing appetite for a say in world affairs, maintaining a non-confrontational relationship would be a tight-rope walk.

Some steps were agreed to, including working groups on various issues that consult senior leadership. Until then, the rhetoric could come down.

But the Chinese government is likely to play-up its role through the media by challenging the U.S. on the diplomatic and military role in the region. For instance, Chinese media is full of stories on the upcoming world democracy summit on Dec. 9 and 10 to be attended by leaders from 100 countries. The event is viewed in China as being directed at it.
(https://www.globaltimes.cn/page/202111/1239129.shtml)

What was discussed at the summit:
https://www.bbc.com/news/world-asia-china-59301167