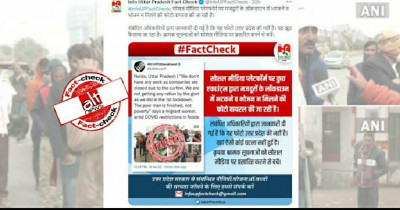 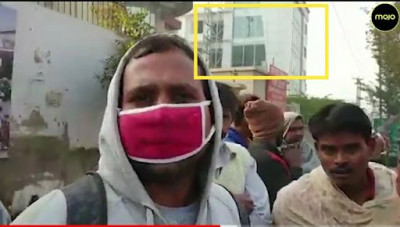 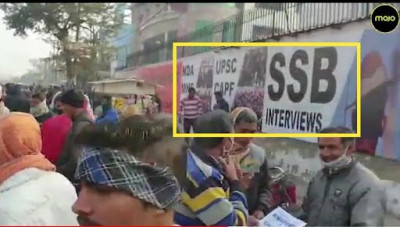 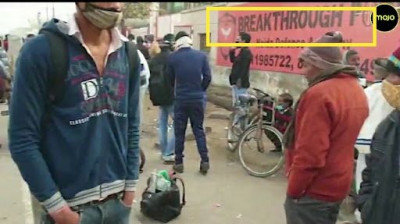 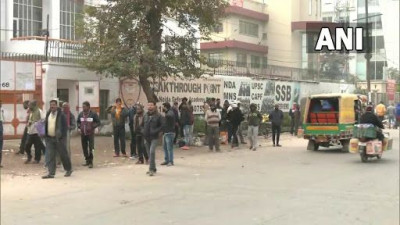 On January 16, news agency ANI UP/Uttarakhand posted a tweet about migrant workers facing distress due to COVID-19. It quoted one worker as saying, “We don’t have any work as companies are closed due to the curfew. We are not getting any ration from the government as we did in the first lockdown. The poor man is finished, poverty isn’t.”

ANI later clarified in an additional tweet that no curfews had been announced and this was a verbatim statement by the worker.

The UP government’s fact-checking wing shared a screenshot of ANI’s initial tweet and wrote that the images that show displaced workers are not from the state.

Fact-check
We noticed that ANI also had also published a related report on its website. The headline of the report reads, “Not everybody can afford to work from home, say daily wagers waiting for assignments in Noida amid COVID restrictions.”

As per the report, this was the state of affairs at Noida’s Khoda Labour Chowk where ANI spoke to four daily wage workers. Outlets including Economic Times, Latestly, Lokmat Times, India Gazette and DelhiNews.net also carried reports based on ANI’s reportage.

ANI UP/Uttarakhand had shared four images in its Twitter thread. (Archive link) In one of the images, we can see certain buildings and landmarks.

Taking these as a clue, we performed a keyword search on YouTube and came across a video report by The Mojo Story on migrant workers. The visuals in this clip resemble that of the images in ANI’s tweet. “Daily wage casual and migrant labourers engaged in all kinds of professions crowd the Labour Chowk junction every day, hoping to be given some work. Since the pandemic began, these workers have been struggling to meet their daily needs,” according to The Mojo Story.

Alt News spoke to a local resident to pinpoint the exact location. He shared with us some photos where a sign of the Noida Defence Academy can be seen clearly.