The revolution that turned into an illusion! 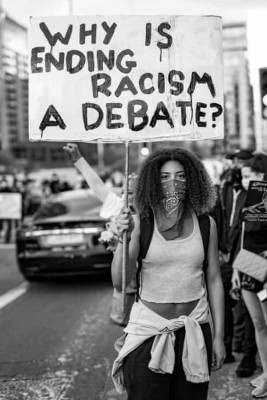 The revolution that turned into an illusion!

What is the “problem” with CRT?

Critical race theory originated as a field of legal study in the 1970s, spearheaded by Derrick Bell, Harvard University's first permanently-appointed black law professor, to address his shortcomings in understanding how discrimination and inequity are perpetuated in the law. He argued that these inequities shape society, economy, culture, and political outcomes.

The term began to gain prominence in the 1990s and early 2000s as more scholars wrote and researched the topic.

Although the field of study traditionally has been the domain of graduate and legal analysis, it has served recently as a framework for academics trying to find ways of addressing racial inequities through the education system - particularly in light of last summer's Black Lives Matter protests.

"The George Floyd murder caused this nation to look at race and racism, and I think there was a broad recognition that something was amiss," says Marvin Lynn, a critical race theory scholar and professor of education at Portland State University.