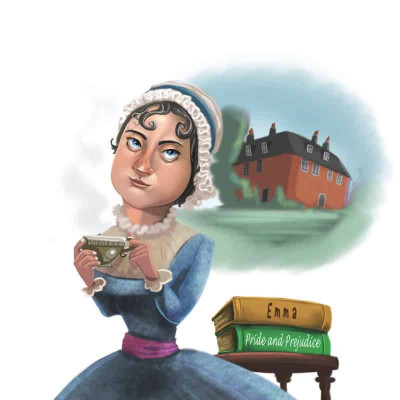 What enchants me to look up to Austen's novels, again and again, is her heroines.

The women of the nineteenth century were shown to have ingrained a disposition totally different from what society expected them to be.

There was a sense of countering and fighting with the irrelevant and futile rules made for the women of that society.

They all had a fighter spirit, which demanded nothing else but respect and a position that was always due for women.

The protagonists of the novels like Emma, Pride and Prejudice, Sense and Sensibility or Persuasion represent a unique response to those expectations, which is a product of their way

Women in the nineteenth century did not have much choice regarding their future. They could either get married or become governesses if they were educated enough.

Most of their lives were shaped by their families, who tried to find them the perfect partner with the good fortune to marry.

But contrary to nineteenth-century women, Austen’s heroines Elizabeth, Emma, and Anne are self-reliant and unconventional women who marry the men they love.

Austen has given some strong female characters to look up to, even during this time.

It never gets old.