UCL Round of 16 Draw - Predictions 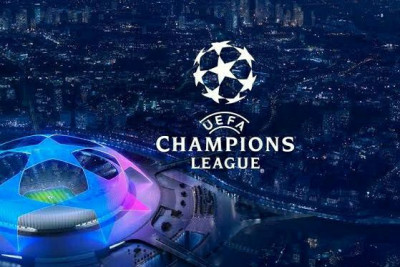 I think your prediction is spot on

I can see Liverpool, Chelsea, Bayern, and PSG as semi finalists. Bayern and Liverpool have a good chance of winning.

I think Chelsea will be 🥇

Given that the UEFA Champions League group stage is complete, it is time now for every football fan to dream about the next club that their favourite team is going to face. With the draw to take place on Monday, let’s get our predictions in.

Pochettino’s PSG to face an unbeaten Liverpool. This would be the ultimate test for Messi & Co. If they do win against Liverpool, they will feel that they can go all the way. Pochettino would be looking for revenge too, after the loss in the 2019 final with Spurs.

The same goes with Atletico, with them facing Bayern who have had an impeccable record this season. Diego Simeone would have his work cut out, but surely he would always love a tough battle now, wouldn’t he?

Sporting to battle Man United, which would bring two Portuguese stars back home, to where it all started for them - Bruno Fernandes & CR7.

Villarreal against Juventus would be a clash between two clubs, both having indifferent seasons. This would prove to be a good fight between two clubs trying to make a statement this season, having not done it till now.

Benfica against Lille and Salzburg against Ajax would definitely be matches to watch out for. Calling any team an underdog in the UCL would not be fair in all honesty, but these clashes would be undoubtedly thrilling. By the way, how good have Ajax been this season?

And finally, Chelsea to face their old coach Ancelotti. This could be an UCL final in itself. If Real were to defeat Tuchel’s Titans, they would most certainly feel that they can re-establish themselves as European kings once again, after a tricky period of 3-4 years.

Please feel free to add your predictions and thoughts in the Notes section...